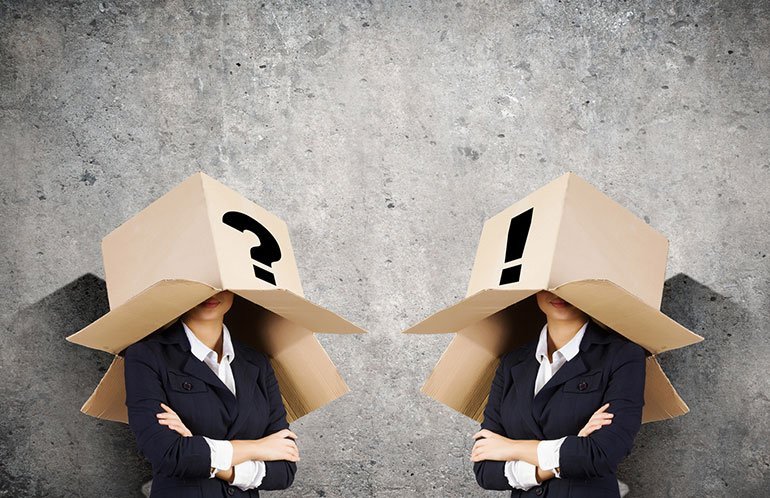 Clarifying the Terminology from a Jungian Perspective

Jung’s model is concerned with the movement of psychic energy and the way in which one habitually or preferentially orients one-self in the world.

There has been a plethora of articles in the last several years about the nature of Introversion and Extraversion, and a resurgence of something in-between called “ambiversion” (coined by Kimball Young in “Source Book for Social Psychology”, 1927), the most recent of which appeared last week in The Huffington Post. I am often asked about ambiversion by people who have read about it. They wonder if that term provides more room to be themselves than their MBTI® Type preference.

This line of questioning is understandable since the term appears in high profile on-line publications like The Huffington Post, The Washington Post, Psychology Today and Forbes.com. The literature paints the picture that ambiverts have an advantage over Extraverts and Introverts. They have been deemed more effective sales people, are touted as being more successful and influential overall, and “… have rather more degrees of freedom to shape their lives than those who are at extremes of other ends” (Huffington Post).

How disheartening, if you have identified yourself from the perspective of the Myers-Briggs Type Indicator and Jung’s theory as belonging to one category or the other! But is it?

No! And here is why. (Reader Note: I am not commenting on the usefulness of one model over another or calling one better than the other. My point is that they are different and should be written about as such.)

Extraversion and Introversion are terms that were coined and popularized by Jung. He wrote about them in his seminal work, Psychological Types (see the Collected Works of C.G. Jung, Volume 6). In Psychological Types, Jung explains Extraversion (and yes, he spells it with an “a”!) and Introversion from a holistic perspective, incorporating the nature of the conscious and unconscious realms. Jung wrote that our predisposition to have more interest in being one way or the other – not necessarily behaving one way or the other – characterizes our Type.  He stated that our predisposition for our energy to flow more toward the world outside of us (Extraversion), or inside of us (Introversion), is always counterbalanced unconsciously by the opposite; both exist within the human psyche. When we expend too much energy in one direction, the opposite pull from our unconscious which has been neglected, provides balance by reminding us that the other exists. Our energy pull is naturally in one direction, but as human organisms, we need both for survival.

These contrary attitudes are in themselves no more than correlative mechanisms: a diastolic going out and seizing of the object [all of that which is outside of us] and a systolic concentration and detachment of energy from the object seized [and toward the subjective I]. Every human being possesses both mechanisms as an expression of his natural life-rhythm… [a] rhythmical alternation of both forms of psychic activity… .

This ‘alternation’ is the natural flow and rhythm of life. We all move out (Extraversion) and then contract (Introversion) and we do this all the time (see Type Dynamics – The Way Out of “The Box”). Otherwise we become too one-sided which could lead to psychological illness. So, from the Jungian model of psychological functioning we have access to the best that both Extraversion and Introversion bring; thus eliminating the need for a third thing (ambiversion). We need only to become conscious of our comfort level for these preferences so that we can discern when the opposite is needed; we can call on the opposite because it resides within.

This is not what the popular literature is talking about. Rather, when speaking of Extraversion, Introversion and that thing in-between, the authors are speaking from the perspective of psychological traits, not Jungian Typology (click here to read about the difference – it’s substantial). There are many trait models and assessments that have adopted the terms, including the now wildly popular 5-Factor model (the Big-5); when used in this context, Extraversion and Introversion are seen as being on a continuum, with ambiversion falling in the middle (or within the norm). Traits are defined in terms of observable behaviors, and can be measured as being high or low in a particular individual.

Trait psychology is not type theory; it is not holistic from the standpoint of a person’s life orientation; it does not address psychological energy per-se. Trait psychology focuses on behavior and type is a systems theory of personality, presuming individual purpose or intentionality; a dynamic approach.

Here are some additional distinctions between the use of the terms in type theory and trait models:

It’s no wonder we are confused when reading about these terms on the internet; despite the differences between type and trait psychology, authors frequently mix up type and trait terminology when talking about Extraversion and Introversion (and other Jungian functions!).  Jung is credited for the terms in both instances, but is often misquoted or misinterpreted as espousing extreme versions of both.  Authors talk about ambiversion as if it were part of Jung’s theory. Traits are spoken of as personality types and MBTI preferences are called traits and are said to have high or low amounts according to the “scores”, while traits are characterized as broad personality categories.

Remember that the nature of Jungian Typology is dynamic and fluid and that we all use Extraversion and Introversion every single day, even though we may not be aware of the shifts in our focus. Type theory provides a framework for deep exploration of who we are at the holistic level; it is an interrelated and multi-faceted system. Understanding this distinction between type and trait psychology will arm you with information to keep the confusion at bay when the next article on Extraversion or Introversion comes out.

My Practitioner Journey In my late 20’s I read Isabel Myers’ book Gifts Differing. The…

As I traverse the challenging waters of social distancing, each of Carl Jung’s 8 Function-Attitudes…

My Time with Katharine Myers – A Personal Tribute

Recent Posts
Browse our Blogs by Category
Copyright© 2021 The People Skills Group. All Rights Reserved. | Website development by A Mix of Pixels.
MBTI®, Myers-Briggs, Myers-Briggs Type Indicator and the MBTI® logo are trademarks or registered trademarks of the MBTI Trust, Inc., in the United States and other countries.
Back To Top
×